Your Friday prompt for Stream of Consciousness Saturday is: “first/last.” Use one or both words, or find words that mean the same. Bonus points if you start your post with “first/beginning/start” etc. and end with “last/end” etc. Enjoy!

Last year, at the end of 2015, things were so awful that I have no memory of them. There’s just this vague sense that I was in this apartment, living off of the financial help of a friend. I was unemployed. But not just merely unemployed, I had lost two, short-lived jobs, back to back. I had been so excited at the beginning of 2015, when I landed the job at Behemoth, then things just unravelled from there. Wary and depressed, and frankly sort-of-suicidal, there was no way I was going to greet a New Year with anything other than dread. I barely got out of the apartment, or even bed, for weeks. I stopped blogging, because writing was no longer cathartic but instead painful.

By the way, the quasi-inspirational observation, masking itself as advice, that “things can always be worse!” isn’t all that helpful. In fact, when after hearing that repeatedly, only to have things actually become worse, just makes things, well, worse.

At the end of 2014, I had to do a Hail Mary, and I packed a very few things into my car and moved into the basement of a person I knew only from Facebook. That move took me from Kentucky to New England. That generous offer, from Let’s Call Him Mark, something that could have been nice and positive for both of us, instead became a nightmare of emotional abuse for me. The move was the result of having moved to Kentucky for a job that instead of being permanent was merely seasonal (to the surprise of everyone, including high level supervisors). I was in the middle of nowhere, with unemployment rates through the roof. Life was desperate. I hoped the start of 2015 would be a turn in my fortunes. Unfortunately, that turn was downward.

It is weird recounting this. I actually moved a thousand miles from nowhere to nowhere in hopes of finding a job in an area where I knew no one? Huh. Odd.

When 2013 was winding down, I again found myself at the end of a job. This time, in Cincinnati, my boss decided that he would retire a few years early, sell his practice and move to Florida. Oh. My job ended on December 31. I wasn’t too optimistic about 2014, and that proved to be a good call.

Let’s see, at the end of 2012… you know, I don’t even remember. I was employed. I was depressed out of my mind. My Pond Scum ex was still in the picture, some how. Everything is such a blur. Depression just kills all sorts of memory things.

I’ve never been a fan of New Year’s celebrations. I never really saw the point; it just seems like so many other things—totally manufactured. For most of this century, New Years have not been exciting times, unless by exciting you mean terrifying.

So, when a friend from Ohio was talking about kicking 2016 to the curb, and getting all hopeful for the upcoming 2017, I had to tell her I’d be cheering her on from the sidelines. I think I’d pretty much jinx any positive festivities for future endeavors, if history is any indication.

Certainly 2016 has been a tough year, but for me it is ending slightly better than the previous years. That isn’t saying a lot and I’m ignoring the whole omg-Trump-is-heralding-dystopia thing. I’m still poor. I’m still doing things like Googling, “I work with bitches what can I do?” at 3 am. I’m employed. I have a job I don’t mind (did I mention there are bitches?) and can appreciate (and we keep getting out-sourcing scares, that come and then go and come around again). My commute is short. I live in a pretty part of the country. I have a (very over-priced, crappy) apartment of my own. My (fifteen-year-old) car still works, albeit without snow tires and we just had a foot of (gorgeous) snow. My physical health is awful and I still can’t find a psychiatrist to help me with my mental issues because of lousy insurance and lousier supply and demand issues; I’ve been looking for over a year for help. My belongings have arrived from Kentucky after two years (and are in various stages of ruin from mildew, breakage, missing things and rodent turds). I have a good computer. I adopted a cat from the Humane Society right before Christmas. I still know no one here, except stupid and/or bitchy people that I don’t want to know any more than I already do. There’s a fine line between solitude and loneliness, and another between loneliness and batshit crazy.

It is a mixed bag.

Utter, “it can always be worse” any where near me and I will take no responsibility for my actions or your safety.

Meanwhile, I said the hell with it, and even though I’m getting frugal to a stupid, obsessive degree, I splurged on a very good bottle of Jameson Redbreast twelve-year-old single pot still Irish whiskey. It could be worse. Ah, if only the bottle would last. (I had to throw that line in to get the half-bonus point from Linda, cuz that shit is real!) 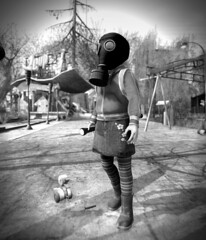